David H. Langstaff is a passionate business and community leader recognized for developing outstanding values-based cultures and high-performance executive teams. Known for his inspiring people-focused vision, Langstaff has a successful record of corporate leadership and extensive experience as a Chief Executive Officer and Corporate Board Director.

Langstaff maintains a consulting and advisory services company under the name Argotyche, Inc.

As President, CEO and Director of Veridian Corporation, a professional services firm in the national security field, Langstaff is credited with increasing sales ten-fold from $100 million to over $1.2 billion. In 2002 he took the company public in what was recognized by The Financial Times as one of the ten best global IPOs of the year. Acquired by General Dynamics for over $1.5 billion in 2003, Veridian delivered exceptional returns to private equity and public shareholders. Langstaff helped arrange the purchase of TASC, Inc. from Northrop Grumman Corporation by General Atlantic Partners and KKR in December 2009. He served as Chairman of the Board of TASC, and later President & CEO. Previously he served as Co-Chairman and CEO of Olive Group, a global provider of integrated security services with operating centers in Dubai, London, and the United States.

As a corporate director, Langstaff serves Premier Inc. (NASDAQ: PINC), a health care improvement company, where he is on the Audit and Compliance, and other committees. He serves as Chairman of the board under a Department of Defense Special Security Agreement of Idemia-National Security Solutions, a leading biometric identification company, and previously served as Chairman of the (Proxy) Board of MorphoTrust, its predecessor company.

He has been a member of the Defense Business Board since 2009, and in that capacity has advised the Defense Secretary and senior leaders on effective business practices that could be applied to the U.S. Department of Defense since 2009. He has also served as a senior advisor to Focus Investment Banking and Celero Strategies, Inc.

Langstaff is a sought-after speaker on the purpose-driven corporation and values-based leadership. He is recognized for outstanding leadership, vision, values and governance principles, and as a holistic systems thinker with strong strategy/operations perspective. 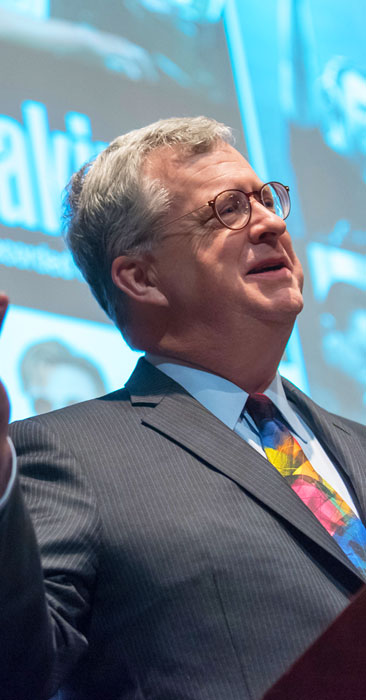