Music and the Arts

He serves on the board of the Wolf Trap Foundation and for many years was Chairman of the Board of the BlackRock Center for the Arts. David was founder and artistic director of Revels Houston, and currently serves on the Advisory Board of Revels, Inc., a national arts organization based in Cambridge, MA.

In 2009, David was recognized by Montgomery Country Executive Ike Leggett with the Excellence in the Arts & Humanities Award as Outstanding Individual Patron of the Arts.

He is also a producer of the acclaimed new PBS series Soundbreaking. The 8-hour film series features more than 160 original interviews with some of the most celebrated recording artists, producers, and music industry pioneers of all time. Soundbreaking is the last major project of legendary producer Sir George Martin and charts a century’s worth of innovation and experimentation, offering a behind-the-scenes look at the history of recorded music. It debuted on PBS in November 2016, and has been seen in more than 35 countries. 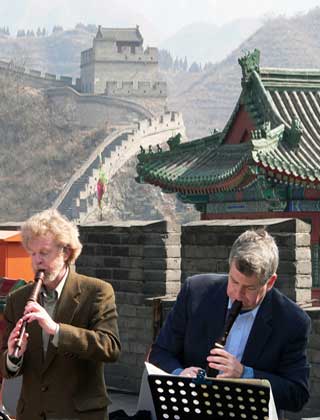